The website is not mobile optimised but will be before launch.



Something went wrong while submitting your details. Please refresh the page and try again. 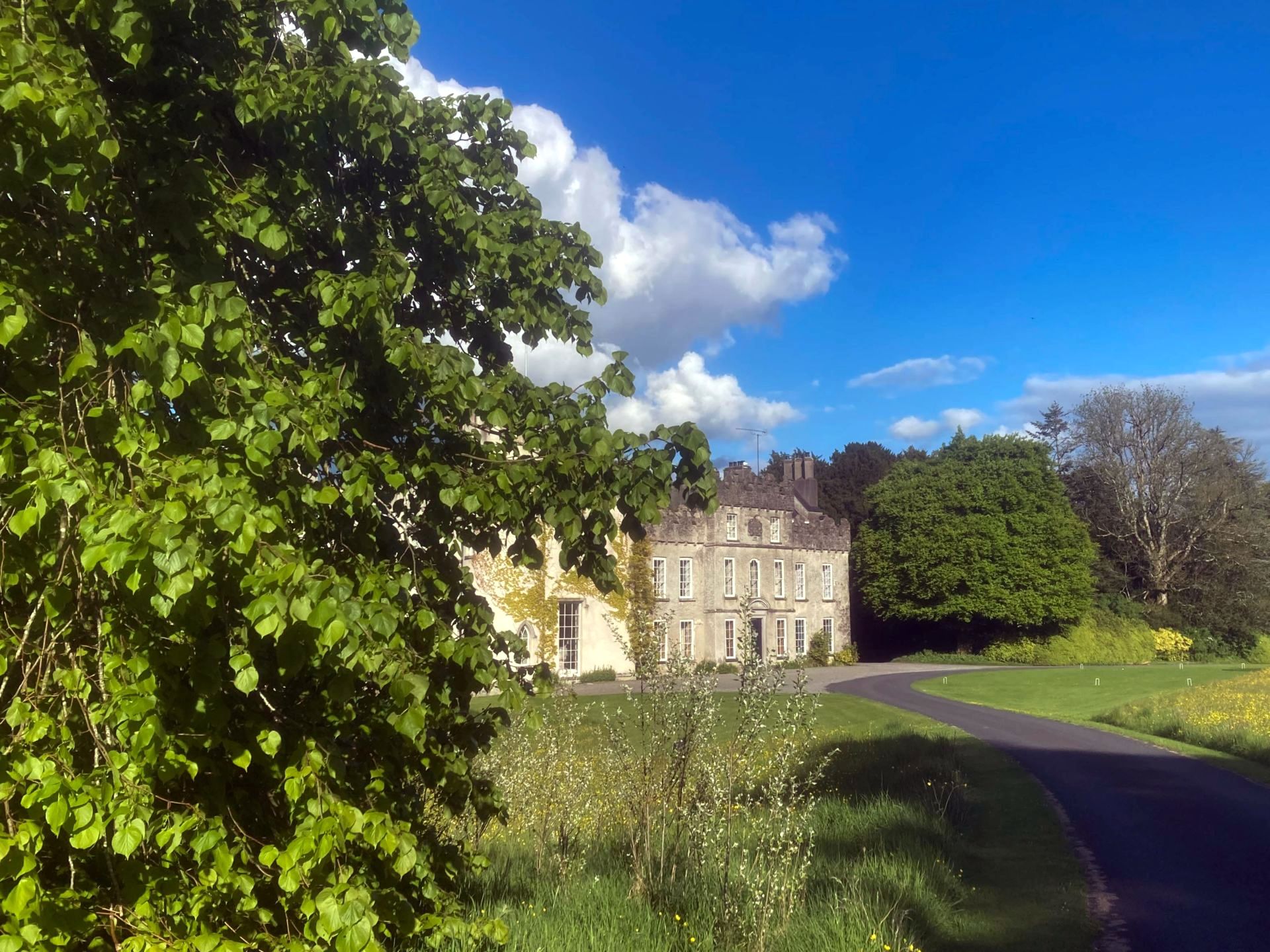 The Nugents at Ballinlough, who are really O’Reillys, having assumed the surname of Nugent in 1812 to inherit a legacy, are almost unique in being a Catholic Celtic-Irish family who still live in their family castle.

The Nugent family at Ballinlough were originally called O’Reilly, but assumed the surname of Nugent in 1812 to inherit a legacy. They are almost unique in being a Catholic Celtic-Irish family who still live in their family castle.

The castle was built in the early seventeenth century and the O'Reilly coat of arms over the front door carries the date 1614 along with the O’Reilly motto Fortitudine et Prudentia. 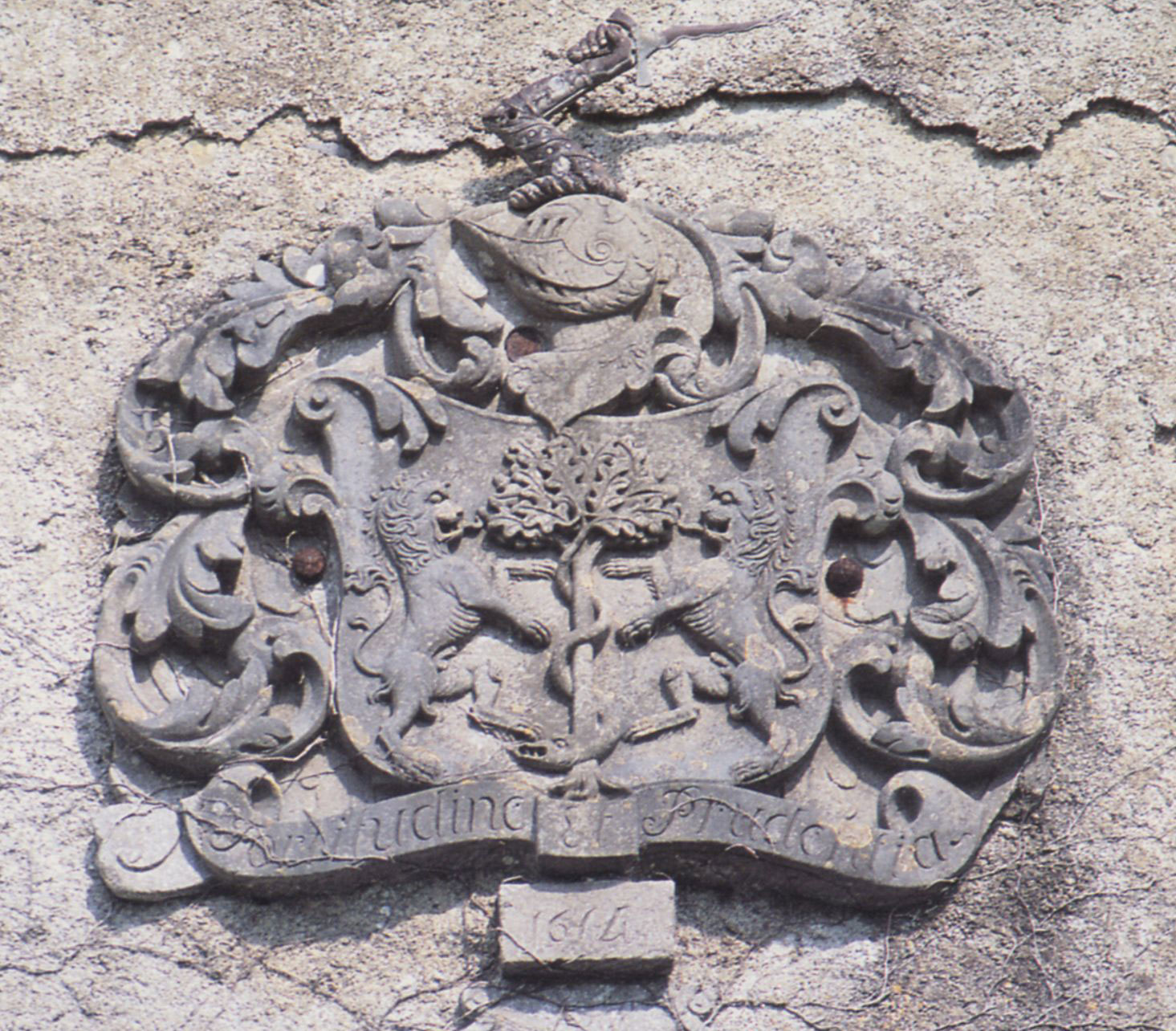 The newer wing overlooking the lake was added by Sir Hugh O'Reilly (1741-1821) in the late eighteenth century and is most likely the work of the amateur architect Thomas Wogan Browne, also responsible for work at Malahide Castle, the home of Sir Hugh O'Reilly’s sister Margaret.

Sir Hugh was created a baronet on 1795 and changed the family name in 1812 in order to inherit from his maternal uncle, Governor Nugent of Tortola. 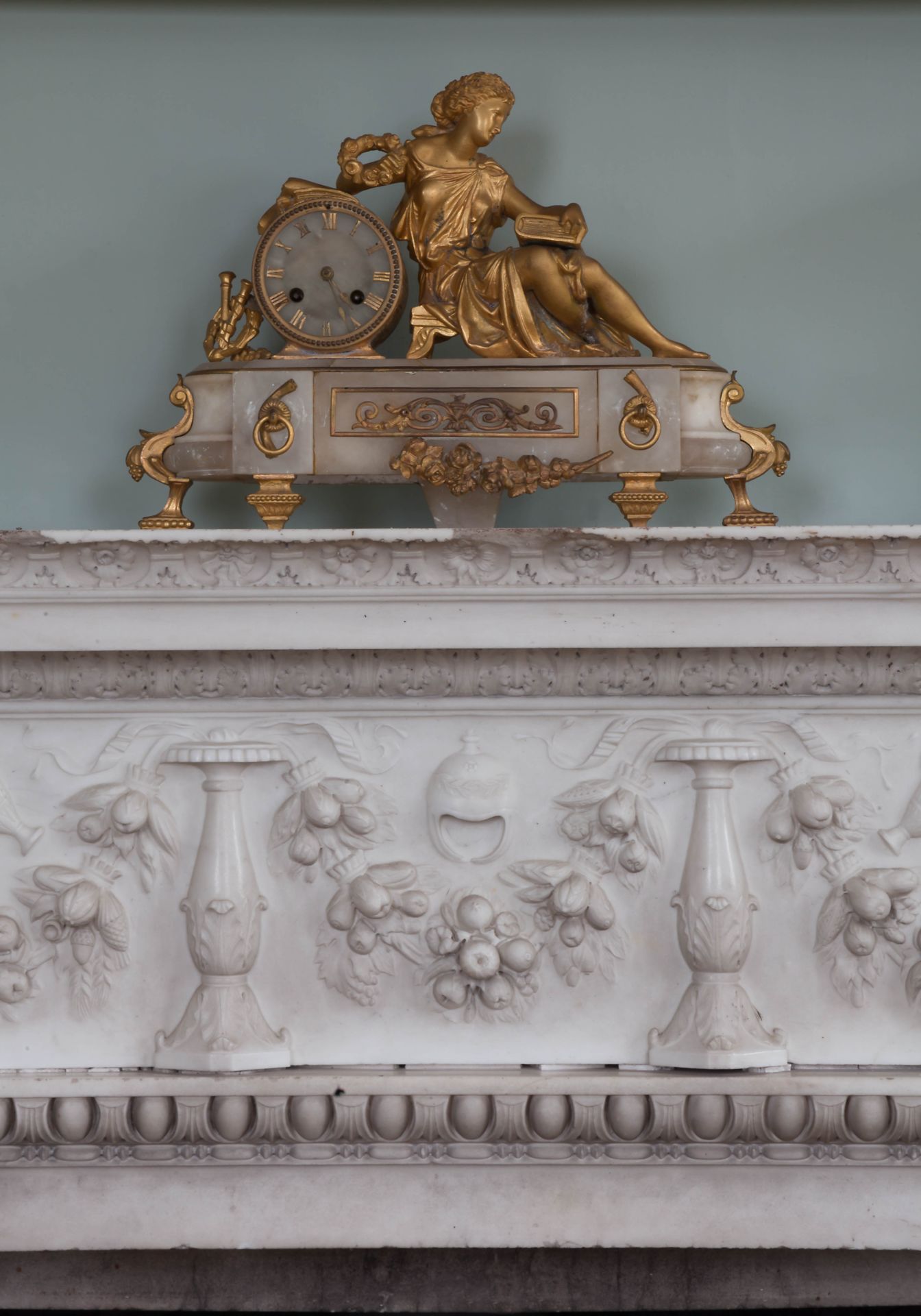 As well as the construction of this wing, the first floor room above the front door was removed to create the two-storey hall that takes up the centre of the original house. The plasterwork here contains many clusters of fruit and flowers, all different. A new staircase was added, with a balcony akin to a minstrel’s gallery, and far grander than the original staircase that still remains to the side.

Sir Hugh’s younger brothers James and Andrew entered Austrian military service, the latter becoming Governor-General of Vienna and Chamberlain to the Emperor.  His portrait hangs in the castle’s dining-room.

The family traces directly back to Felim O’Reilly who died in 1447. Felim’s son, John O'Reilly was driven from his home at Ross Castle near Lough Sheelin and settled in Kilskeer. His grandson Hugh married Elizabeth Plunket with whom he got the estate of Ballinlough, then believed to have been called Bally-Lough-Bomoyle. It was his great-grandson James who married Barbara Nugent and about whom an amusing anecdote is told in Duffy’s Hibernian Magazine of 1860:

During the operation of the penal laws in Ireland, when it was illegal for a Roman Catholic to possess a horse of greater value than five pounds, he was riding a spirited steed of great value but being met by a Protestant neighbour who was on foot, he was ordered by him to relinquish the steed for the sum of five pounds sterling.  This he did without hesitation and the law favoured neighbour mounted his steed and rode off in haughty triumph.  Shortly afterwards, however, James O’Reilly sued him for the value of the saddle and stirrups of which he was illegally deprived and recovered large damages.

The investment in the castle by James’ son, Hugh was recorded in The Irish Tourist by Atkinson 1815, which contained the following account of a visit to Ballinlough:

The castle and demesne of Ballinlough had an appearance of antiquity highly gratifying to my feelings ….. I reined in my horse within a few perches of the grand gate of Ballinlough to take a view of the castle; it stands on a little eminence above a lake which beautifies the demesne; and not only the structure of the castle, but the appearance of the trees, and even the dusky colour of the gate and walls, as you enter, contribute to give the whole scenery an appearance of antiquity, while the prospect is calculated to infuse into the heart of the beholder, a mixed sentiment of veneration and delight.

Having visited the castle of Ballinlough, the interior of which appears a good deal modernised, Sir Hugh had the politeness to show me two or three of the principal apartments; these, together with the gallery on the hall, had as splendid an appearance as anything which I had, until that time, witnessed in private buildings.  The rooms are furnished in a style- I cannot pretend to estimate the value, either of the furniture or ornamental works, but some idea thereof may be formed from the expenses of a fine marble chimney-piece purchased from Italy, and which, if any solid substance can in smoothness and transparency rival such work, it is this.  I took the liberty of enquiring what might have been the expense of this article and Sir Hugh informed me only five hundred pounds sterling, a sum that would establish a country tradesman in business! The collection of paintings which this gentleman shewed me must have been purchased at an immense expense also- probably at a price that would set up two: what then must be the value of the entire furniture and ornamental works?

Sir Hugh was succeeded in the baronetcy by his eldest son James, who was succeeded by his brother Sir John, who emulated his uncle in Austria in becoming Chamberlain to the Emperor.  His eldest son Sir Hugh was killed at an early age so the title then passed to his second son Charles, a racehorse trainer in England. Sir Charles was an unsuccessful gambler which resulted in most of the Ballinlough lands, several thousand acres in Westmeath and Tipperary being sold, along with most of the castle’s contents.

Sir Charles’ only son was killed in a horseracing fall in Belgium in 1903, before the birth of his own son, Hugh a few months later.  Sir Hugh inherited the title on the death of his grandfather in 1927 and, having created a number of successful businesses in England, retuned to Ballinlough and restored the castle in the late 1930s.  His son Sir John (1933- 2010) continue the restoration works and the castle is now in the hands of yet another generation of the only family to occupy it

The picturesque lakeside walk, described recently as a botanist’s paradise is home to many rare wild flowers making it a superb habitat for butterflies and other interesting fauna. 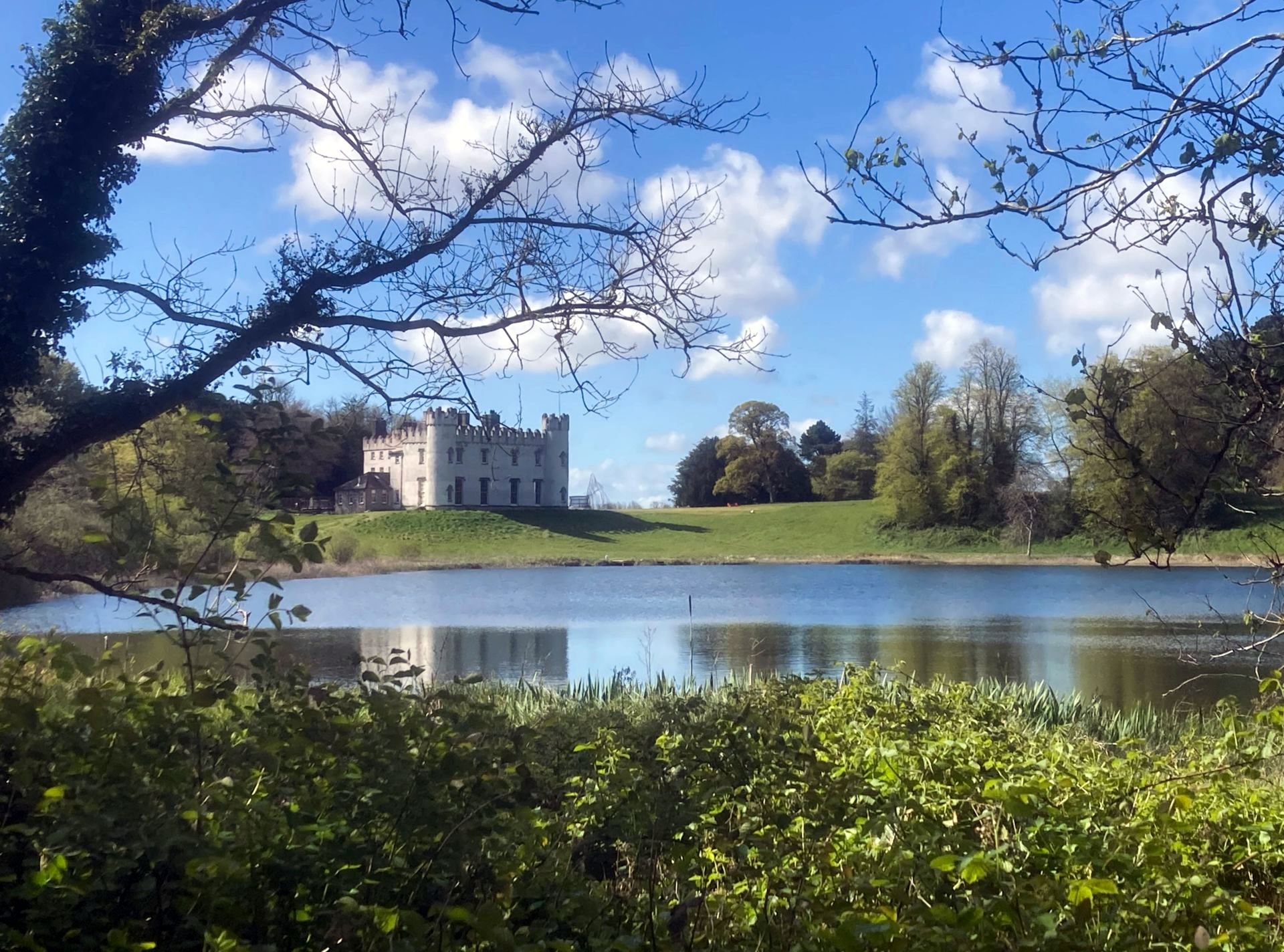